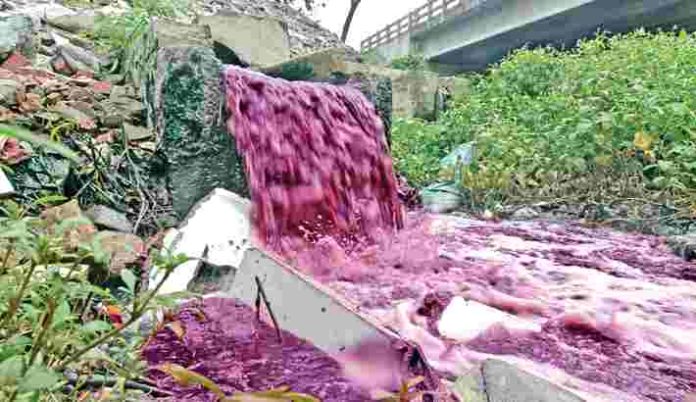 It is now monsoon in Bangladesh. In most rivers water level is rising. As a result the riverside low lands are going under water in most of the parts across the country during this time. These monsoon water flooded low lands are called ‘khal’, ‘bil’, ‘haor’ etc. in Bangladesh. These places create Bangladesh an ideal place for fishes to hatch their eggs. Generally the breeding season of most fishes in Bangladesh starts from mid April to late July. As new monsoon water emerges, fishes come too to complete their life cycle. In this country most riverside low lands are used for cultivating paddy. Farmers cut the crops just before the monsoon and when these lands go under water they provide enough food and shelter for fishes for hatching their eggs and raising hatchlings.

In Bangladesh fishing during this time is prohibited by law. Because fishes go to shallow waters for hatching and raising their hatchlings and fishes are the most vulnerable during this time. As Bangladesh is an agricultural country and most of the people in this country live bellow the poverty line and as there remain very few scopes for farming related jobs during monsoon, a large number of farming people become involved in fishing during this time to maintain their family. Graved female fishes become their primary targets. Because they are easy to catch and they are sold in a higher price. This way many species of Bangladeshi fishes have already gone extinct and many are into the pipeline.

Pollution is another reason for the extinction of many species of fishes. No one will believe how a whole country can be turned into a massive garbage field in just 20 years. The wind of globalization hits the country in late ‘80s. Government of Bangladesh invited foreign investor with very liberal policy to invest. As a result rapid industrialization took place both in government and private sectors. By the new millennium thousands of industries established around the country. The pioneer of these sectors becomes the RMG (Ready Made Garments). Cheap labor, very liberal government policy, infrastructural advantages managed to bring foreign invest in a massive scale in this sector. This certainly has changed the economy of Bangladesh dramatically. An agricultural country turns into an industrial country in a short time. This creates a huge employment opportunity countrywide. Soon this RMG becomes the major contributor of the national GDP. But one thing had been overlooked for years and that is the question of protecting the environment.

In just twenty years major rivers around the capital has become so toxic that the presences of any life form is impossible. The Buriganga which is the main river flowing beside the capital Dhaka becomes the reservoir of thick black contaminated water and its bed becomes a 6 feet layer of poly bags and human wastes. The same consequence followed the rivers of the major cities around the country. Initially there had been no provision of establishing of any Effluent Treatment Plant alongside any industrial project. This led the industries to discharge the industrial waste directly into rivers, canals etc. And now everybody is experiencing the consequence of their act. Few environmentalist groups are working in this issue but it seems no one has any kind of responsibility regarding this. To attract foreign investors, Bangladeshi government has established Export Processing Zones (EPZ) around the country without any ETP plant. Anyone can observe what the people of Bangladesh are paying for the multinational companies for keeping their profit margin intact.

However, all the discharged wastes come directly into rivers by downfall. The result is severe. Our rivers are becoming of no use at all. Species of fishes are going extinct very rapidly. And angling is becoming almost impossible for hobbyists to carry on. The angling season is starting in 2 months. Wishing all Bangladeshi anglers good luck. Ending with a quote of Albert Einstein:

“There are two things without any limits. One is

the universe and the other is the human stupidity”

4 thoughts on “This is the Death of a Country”

A Brief Discussion on Fishing Lines

This is the Death of a Country

FISHING WITH FRIENDS IN AIB VENUE