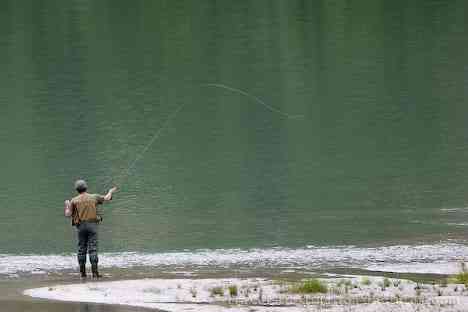 Since the posting of my last article on Prospects and possibilities of Fly Fishing in Bangladesh, I am getting mixed response from the fellow angler friends. Some of my friends have already disbursed the concept from the perspectives of Bangladesh and some are calling this a madness.

Many of them have found it very exciting and have encouraged me with their notes and comments to give it a try. I thank everyone who read the previous article about possibilities of fly fishing in Bangladesh; in broader sense, the whole of the Indian Subcontinent. 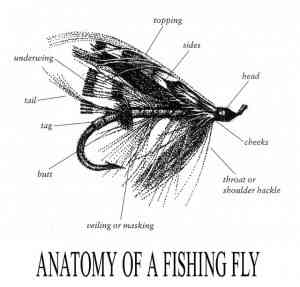 Well, it is true that no one or a very few have ever practiced fly fishing in Bangladesh before. To some friends fly fishing in Bangladesh is in their wildest nightmares. In this subcontinent (except some of the Himalayan regions), we basically think of rohu, catla, mrigal and some species of cats for game fishing. We do not have those trouts or salmons in our streams, even we have not many areas with fast flowing rocky streams. From all perspectives and generally speaking, Bangladesh is not a place for fly fishing. But wait, a madman does what a madman does think of or vice versa.

We know, a good portion of fish dietary comes from many aquatic insects. From simple flies to grasshoppers, from underwater nymphs to caterpillars; the range is huge. So, what is the problem if we target them with the insects they live on.

Targeting carps with flies could be disheartening. And carp fishing, particularly our carps may not take artificial flies at all. And I don’t know if targeting carps could even be considered as fly fishing in any way. Because, in general, fly fishing is about casting over and over in a certain area, lots of movements in and out of water, sometimes on boats blah blah blah and all the opposite things that we practice for carps. So, I want to exclude carps and saltwater species from my list in this article.

Let’s take a look at the other common freshwater species. Particularly those with a reputation of being relatively aggressive and territorial. On top of the chart comes the wallago attu and then snakeheads and murrells. All of them are well known for their ferocious behaviour and they always give the hell of a fight if threatened, attacked or hooked. They would give an angler the real thrill of fighting a monster because they can grow in unimaginable sizes. They are the predators of all the freshwater fishes. But, what does fly fishing have to do with these predators? Well, the answer is, they attack almost everything that moves, falls, jumps and even flies around them. Be it a minnow or a frog or a small fly.

There is a small nomadic tribal community called ‘Bede’ in my village where I was born and raised. People of this community live with their families on boats. Their births, growing ups, marriages and deaths- everything is circulated to the boats they live in. Their males are basically engaged in hunting and fishing. From my experience, I can tell that these people are the masters in making brid-traps and spears for fishing. To me, these people are the real masters of spear fishing as well.

From the middle of September to the end of March, they set around with their dinghies at nights for spear fishing. In Bangladesh the technique is called Light-Fishing because of it’s nature.

The procedure is very simple. It requires minimum of two people. One for slowly and gently rowing the boat without making any noise or disturbance in the water. The other man keeps standing on the other end of the boat holding a spear. The man with the spear gives directions to the other man with gestures for rowing the boat slower or faster or moving right or left. A strong lantern is hanged on the tip of the boat and a shade or cover is placed behind the lantern to reflect the maximum amount of light to the front water for the better visibility as well as to prevent the fish to see the man standing behind the light-source. Just imagine a boat with a headlight. 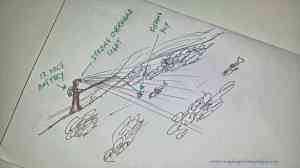 Besides, village people sometimes come out at night for fishing with spears. It is a very common scene in Bangladeshi villages to see that many people are walking alongside the edges of the rivers or canals with torches in one hand holding a spear with the other looking very carefully and silently for the treasures to hurt. Targets are wallago attus, snakeheads, murrells, barbels, climbing perches, chitals etc.

And the sizes of their catches have always made me jealous and envious. But the concept of fishing with spears makes me feel sick. It is very disgusting to see a beautiful fish wounded to death by the brutality of spears. It is very inhuman. Sometimes fishes get escaped with severe wounds which makes it significantly uncivilized. But what if we combine the light-fishing methods with fly-fishing? What if we go after those monsters of the darkness with a fly, combined with a minimum of 20 lbs braided line and a set of strong fly rod or reel?

You might have already known that big predators come near the surface and in shallow water in search of foods at night. Besides, they are attracted to the light sources for the fallen insects. A strong and concentrated light also gives great visibility into water. I am not good at all in drawing or sketching, so please don’t laugh. I have tried to demonstrate the concept of fly fishing in Bangladesh with the attached drawings (if you say they are drawings). I am really curious to know what you are thinking now. Isn’t it madness? Madness for a real thrilling adventure and a rush of adrenal?

A Brief Discussion on Fishing Lines

The Basics of Carp Additives and Stimulants